It’s the end of an era. Evologic would like to officially say farewell to Adobe Flash Player, 1996 – 2020. In case you haven’t heard the news, Adobe will no longer support Adobe Flash Player as of 31 December 2020 also known as the End Of Life (EOL) date.

Adobe has recommended that all users both disable and uninstall Adobe Flash Player for security purposes. Major browser vendors such as Microsoft, Apple, Google, Facebook and Mozilla have also announced that they will disable Flash Player from the EOL date. Adobe has stated that for added security, it will block Flash Player content as of 12 January 2021.

Why is Adobe Flash Player being retired?

As with numerous programs, software is always evolving and changing. To put it simply, Adobe Flash Player is now an outmoded style of software that does not integrate with newer development technology. As Adobe stated, “Open standards like HTML, WebGL and WebAssembly have matured over the past several years. Also, major browser vendors are integrating these open standards into their browsers and deprecating most other plug-ins.”

Why do I need to stop using Adobe Flash Player?

Unless you want to get prompts every five minutes reminding you that Adobe Flash Player is no longer supported, or pop-ups telling you that content has been blocked, we recommend you uninstall Flash player before the end of December this year.
Adobe gave developers, designers and businesses three years advance notice to migrate their Flash content to new standards, so it is unlikely that you will still require it.

How do I uninstall Adobe Flash Player?

To uninstall on your Microsoft operating system, follow the instructions here or let your administrator know that you would like the program removed.

If you require further support or have any questions regarding Flash support please contact the Evologic team who are more than happy to assist you. Submit an enquiry via our website, email us, or call 1300 887 778.

Ensure your business is protected from the front line

Get my free guide
Written by 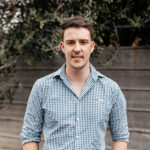